Guess Which State Has the Highest Tax Burden in America?

I’ll give you one guess about who happens to have the highest tax burden in the nation. Because I’m sure you already know the answer.

So, shocking absolutely no one, it’s Connecticut.  Home of the worst taxes in America.

New Canaan Advertiser says that a new study from the Tax Foundation confirms that.  But, the way they determined that is pretty interesting.  Ever hear of a “Tax Freedom Day?”  It’s apparently the day that we, the average resident, has made enough money to fully pay off their combined local, state and federal tax bills.

Here’s the kicker.  It’s earlier than last year’s. Can you believe it?  While the nation enjoyed a better outlook, Connecticut’s keeled over and died.

Connecticut’s Tax Freedom Day also comes a full week later than the 2nd to last worst state.  New Jersey is 49th and their day is May 12th.

Here’s how we compared to the rest of the country. 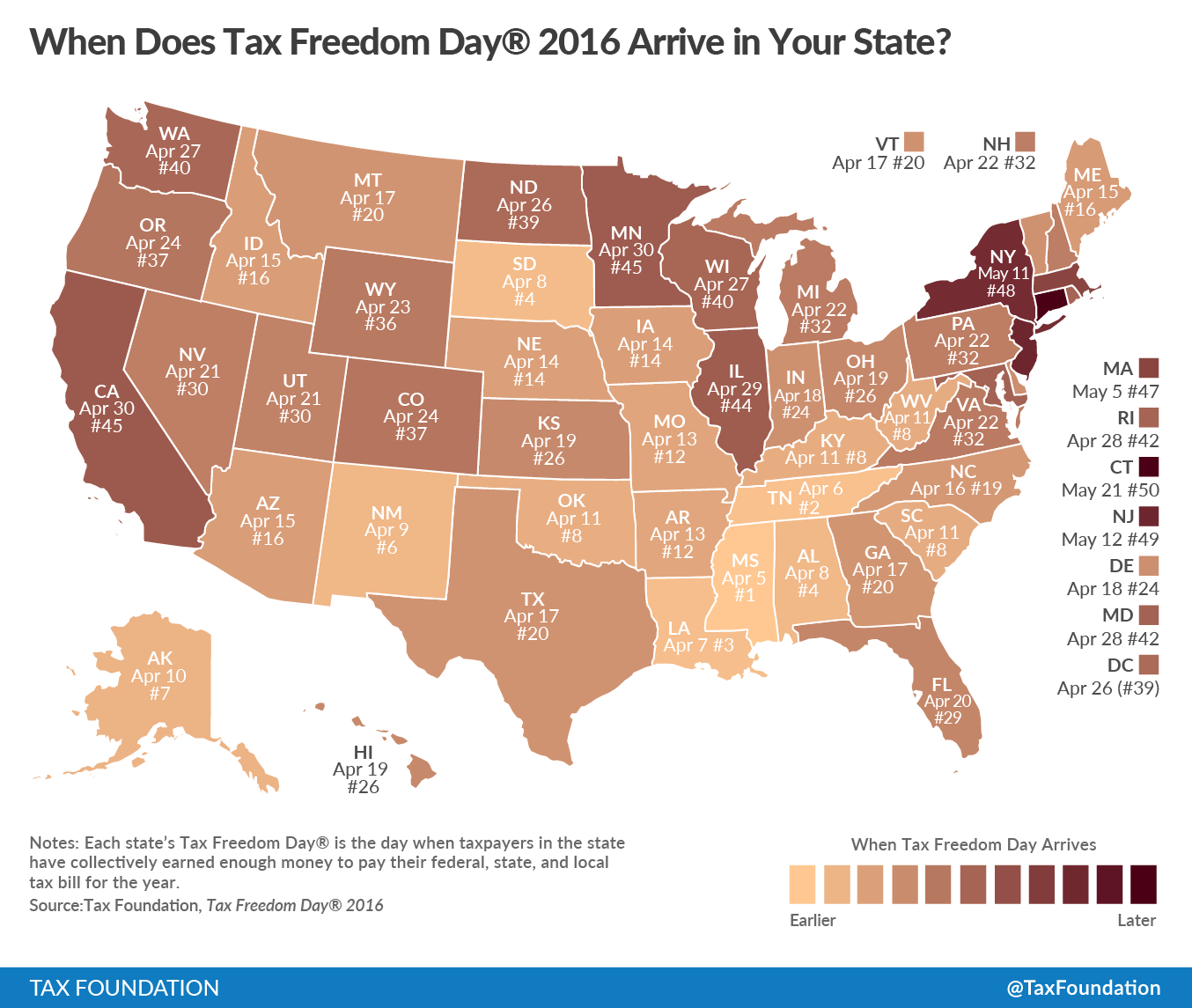 Now, with the prospect of getting even more taxes snowballed into our state budget, next year’s tax day will probably fall later in the year.

Connecticut’s in a perpetual budget crisis and our overall tax burden is spiraling out of control.   However, our politicians believe that the only solution is to perpetually raise taxes.

So, remember that when you next head to the polls.   If you’re tired of forking over a third of your hard-earned cash to our local government, maybe you should vote for someone who is equally as exhausted.

Let’s be real, if our politicians controlled their spending,  we’d be in much better shape.  Instead, they raid funds that aren’t theirs (like the pension fund) without a plan on how to restore its coffers.  So, they turn to the public to plug that particular hole.

Which is why the state is dealing with astronomically terrible job numbers and a horrific business climate.  Connecticut is hellbent on becoming the fist state to spend its way out of a deficit.

So, we’re just gonna have to sit back and watch our economy stall until we elect a crowd of people who don’t have their heads stuffed up their butts.  Hopefully, that happens next year.